Costa Rica has more than 12,000 species of nocturnal moths and more than 1500 diurnal species.

The country receives an average of $ 1.8 million per year from the sale of these insects 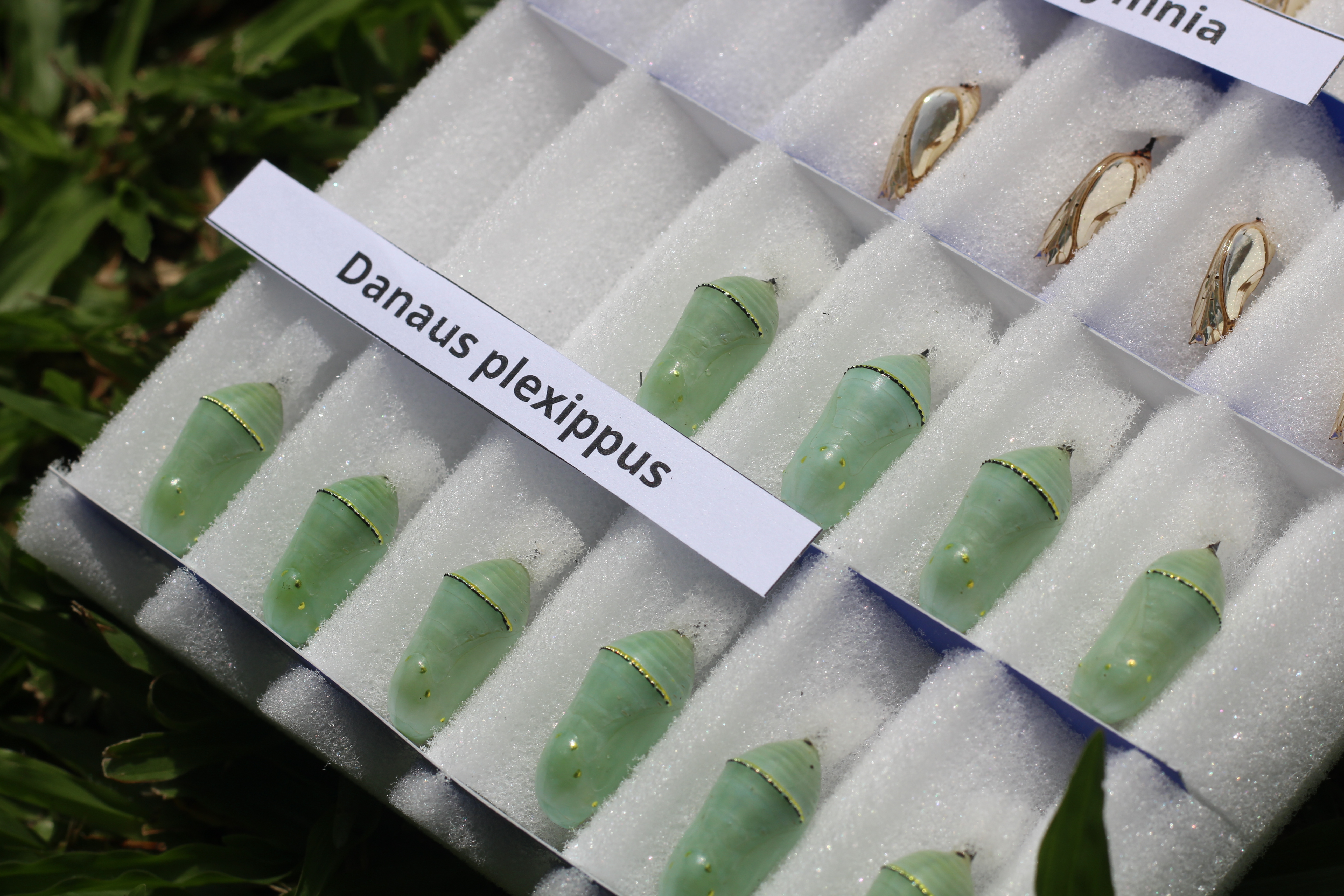 It is estimated that around 400 families in Costa Rica live directly from the sale of butterfly pupae , many of which have as final destination countries like the United States, Germany and Russia.

The production, export and exhibition of these animals is an activity that generates income to a large number of Costa Rican microenterprises and, according to data from the Foreign Trade Promoter (Procomer), the worms for butterfly breeding are among the main 15 export products from the livestock and fishing sector.

This productive sector took its first steps in the decade of the 80s and it is estimated that the country has received an average of $ 1.8 million per year in the last five years due to the sale of butterfly pupae abroad.

According to Procomer, in 2018, six pupal exporters were registered (those that sell more than $ 12,000 per year are considered as exporting companies).

In that same year, the National System of Conservation Areas (Sinac), of the Ministry of the Environment, processed a total of 962 export permits for pupae of butterflies, with March being the month in which there were the most requests (204).

The previous data coincides with the month of greatest sale of producers, according to information gathered during the First Costa Rican Congress of Mariposarios y Afines, which took place at the University of Costa Rica (UCR) on February 14 and 15, with the purpose of knowing the current state of the butterfly farms.

Sergio Siles, Operations manager of Costa Rica Entomological Supply (CRES), leading company in the export of butterflies, estimated that there are between 150 and 200 producers throughout the national territory.
Guácimo and Pocora (Limón), Poás (Alajuela), Montezuma (Puntarenas) and Tres Ríos (Cartago) are some of the areas with different climates where you can find butterfly farms.

"We work with more than 100 independent producers from all over the country and they are the ones that produce the pupas we export. This has allowed us to have a great variety of species and that over time the production practices have been refined so much, that the quality is the best in the world, "explained Siles.

According to the businessman, currently Costa Rica is the main exporter of butterflies, although it competes strongly with countries such as the Philippines, Malaysia and Ecuador.

The prices of pupae in the national market vary according to the species and are fixed by the exporting companies. The average cost of each pupal or chrysalis ranges between ¢ 800 and ¢ 1000, said Héctor Otárola Flores, producer of the canton of Guácimo, in the Caribbean.

Otárola, who has 23 years of working with butterflies with seven brothers, commented that the prices perceived by the sale of pupae "were in the 80's better than now". In addition, he pointed out that the most sought-after butterflies are the blue morpho.
The Operations Manager of SECSA reaffirmed that "the sale prices are defined according to international conditions and the purchase price according to what has already been paid over time; a pupa can range from ¢ 1200, like the blue morpho, to pupae that cost ¢ 600 ".

How much do we export?
The country exports around 50,000 pupae of butterflies per week, according to estimates from the export sector. Currently, state institutions related to the regulation of this product do not have figures attached to reality that give an overview of this business.
The evolution of Costa Rican exports of these insects has been fluctuating over the years, and in terms of tons exported, the year 2014 is the one that has presented a greater weight with 7,000 kilograms.

In 2015, five tons were exported, in 2016 and 2017 around four tons and in 2018 the number rose to six tons, according to Procomer data. Among the main export destinations of pupae are the United States, the United Kingdom, Germany, Canada, the United Arab Emirates, Turkey and Mexico, among others.

The main importer of butterflies from Costa Rica continues to be the United States, with little more than $ 845,000 the previous year. Other countries, such as Russia, Spain and the Netherlands, begin to take sides as destinations for these insects.
Variety and modernization

Costa Rica has more than 12,000 species of nocturnal moths and more than 1500 diurnal species, according to Ricardo Murillo Hiller, biologist, researcher and head of the UCR Butterfly Center.

Of this wide range, the most marketed is the blue morpho, which by its size and colors seduces the inhabitants of the entire planet. The owl butterfly and the various species of Heraclides and Heliconius are also among the most sought after on the market.
For Murillo, Costa Rica has great potential for the export of more species, since only 60 are currently commercialized.
The production of butterflies is an activity in which we work with living beings, which is why producers demand more information and training in order to further technify their work, as they did in Congress.

"This is not like producing shoes," Hector Otárola said. "It's about the production of a living being that depends on different factors, from the weather to the disposal of plants to feed and lay their eggs," he added.
The sector of the production and sale of butterflies is still little known: there is no data on who makes it or the benefits it generates to tourism, for example, information that could contribute to the growth and improvement of their work.