An appeal of unconstitutionality froze the renewal of permits to the producers of butterflies, a rural activity mainly of low-income families and schooling 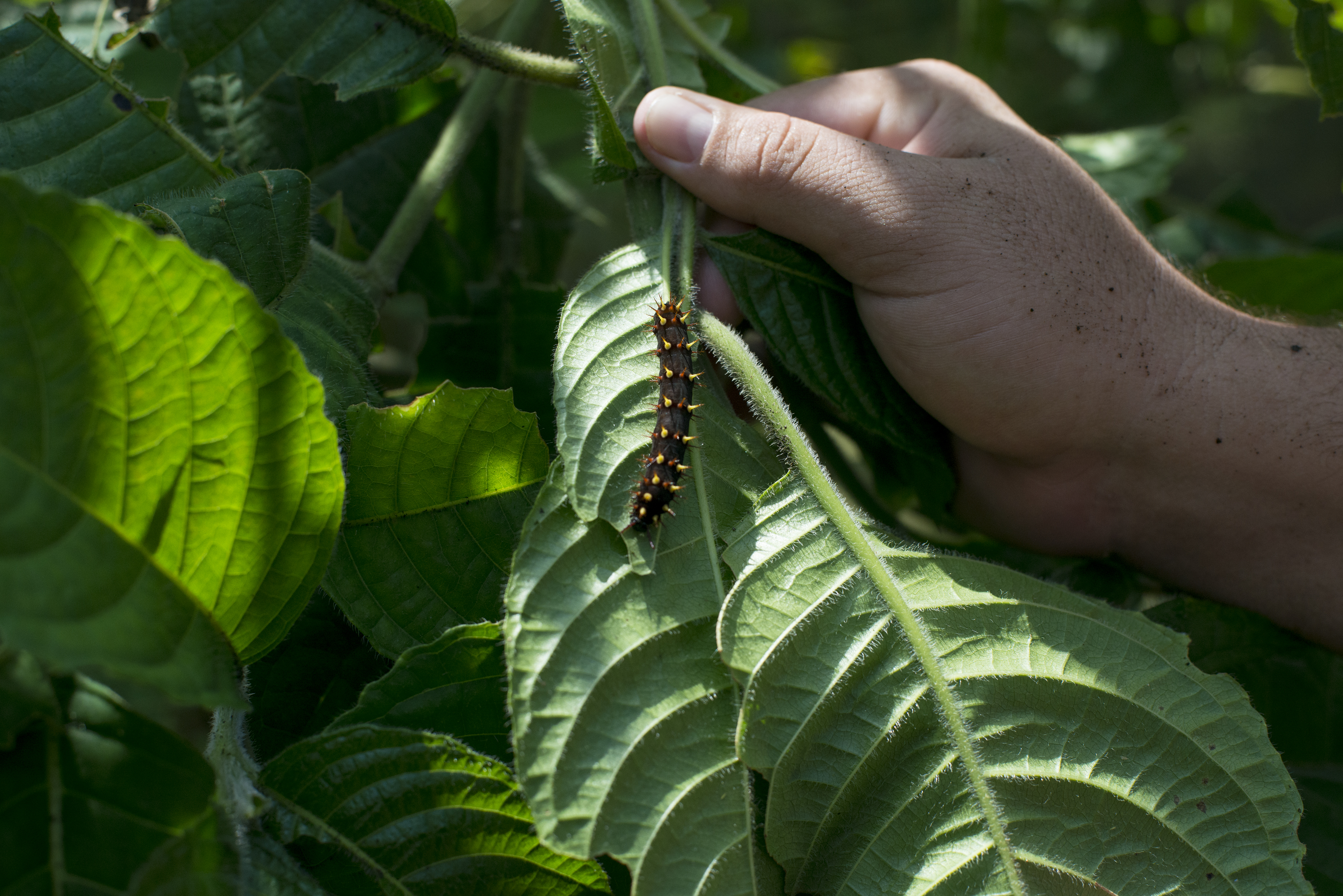 Elsa and Mireya belong to the Otárola Flores family, composed of six brothers and their respective families. Twenty-five years ago, these sisters started an enterprise on the family farm in San Luis de Guácimo.

"Producing butterflies is a family activity that goes hand in hand with conservation, in it the woman is the one who leads the baton", said Elsa.

Costa Rica is the main exporter of butterflies in the world with more than 20 thousand butterfly pupae exported per week. This is owed to a base of small producers, mainly from rural areas in the Caribbean and often women.

However, the commercialization of butterflies had a turn of procedures and regulations that changed the way in which these families, mostly with low schooling, did their work.

"I met all the requirements of the MINAE and came to close the municipality requesting a patent, with a calvary of requirements, which until now I could not meet," said Otárola.

Sergio Siles directs the first and largest exporter of butterflies in the country, Costa Rican Entomological Supplies (SECSA), and, like the producer Elsa Otárola, was at the first Costa Rican Congress of Butterfly and related.

Siles assures that the number of requirements that are currently requested are difficult to meet by the producers, who cannot pay all the paperwork or have no knowledge of how to perform them.

"Butterfly producers are mostly very humble people who generate this activity in the yard of their homes." The same year that the Otárola family started with their butterfly farm, Marianella Montero, a lawyer with the National System of Conservation Areas (SINAC), began her career as a public official.

"Since I started working in the State it is the dream of the users that everything can be processed in a single window, but it is not an answer that is only in the hands of the Sinac; they are decisions that surpass us ", counted Montero.

Problems and conflicts such as that of Doña Elsa were discussed by regents, exporters and producers during the first Costa Rican Congress of Mariposarios and related, organized by the Ministry of Environment and Energy (MINAE). The discussions in this productive sector began with a series of important legal reforms in 2008 and 2012 on the Wildlife Conservation Law, a legal framework that the country has had since the seventies.

The reform of 2012 was the first by popular initiative and what he did was to modify article 14 of the law to prevent sport hunting. With it, some related crimes and offenses were created and exotic species declared as wild in the country of origin were included in the concept of wildlife.

"With the change, mainly from 2012, there is a need to reform the regulation so that it can be adapted to the new rules," explained Marianella Montero, a lawyer at Sinac.

The regulation came into effect in August 2017, but different areas of management raised legal actions of unconstitutionality, including articles 115 and 118 that regulate the butterfly farms.

"The administration can not renew or grant operating permits to butterfly farms because they would have to apply these contested items," Montero explained.  The lawyer explained that the resolved actions have taken place in favor of the MINAE and this keeps them optimistic about the results, but that they can not determine how much later the process, with pending actions for a year.

The law of wildlife as public domain belongs to all Costa Ricans, but the State regulates that its use is sustainable.
To realize this, there is the figure of the regent, a biologist or agronomist registered and registered in the SINAC who supervises and generates reports of the "concessionaires" or the families authorized to have butterfly farms.

According to the Wildlife Law, the regent has to guide the producer, not allow him to make mistakes against the regulations or the wildlife law and carry out the management plan for the SINAC.

Regencies are one of the pending issues of regulation. Their functions and eligibility requirements are clear, but not their working time per butterfly or butterfly training.

Like the regents, adapting to the new regulation has been a cumbersome process for exporters. Sergio Siles, representative of the exporter Secsa, assures that some articles that were written in general for all species do not apply to butterflies.

"For example, to export they ask for the name of the parents, place and date of birth, but the butterflies were not born at the time they were exported because what is exported are the pupae," explained Siles.

Doña Elsa Otárola says that the immediate solution for all is "the union" of the different actors, many of whom saw themselves for the first time during the butterfly congress and who wish to keep in touch.